A Nigerian lady has gone online to complain bitterly about her relationship as she reveals that she’s tired of her boyfriend. 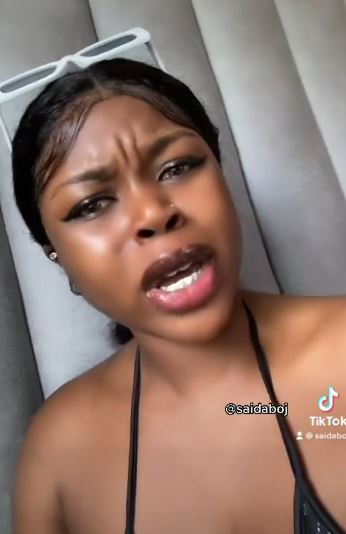 In a video circulating online, the lady said her boyfriend apologizes over every little thing regardless of who is at fault because he claims he wants to make their relationship work.

The lady who seems to be craving for toxicity, said she has not had any cause to cry because of her boyfriend in two years and it doesn’t sit well with her.

According to her, her boyfriend doesn’t cheat and willingly gives her his phone whenever she requests for it, unlike other guys who hid their phones from their partners.

The young lady concluded by saying she is fed up of the relationship because there is no drama.