The entertainment industry is not as easy as it seems or as we see on our TV screens. Many of the actors we see playing the roles of big men living in big mansions in movies are not really rich and financially buoyant in real life and that’ s why when they are engulfed with illness that swallows their pockets, they run out seeking for help from the public. And some Nigerians will often wonder, but what did he do with his money, how can he be begging for money and so on. Be that as it may, many big names lived reckless lives, spending and not saving for the unexpected.

And that’ s why when these category of people come out to solicit for help from the public, they are paid little attention because they were know for their reckless lifestyle. Also, some people are too proud to let people know what’ s happening to them so when the public finally know about their poor situation, it’ s too late to render any help to them. In the entertainment industry, most of the actors who have died fall into one or two of the categories mentioned above and in as much as we try to sympathise with them, we also believe that more could have been done to avoid these illness as most of them are linked to one bad habit or the other.

See some list of Nollywood actors who died after crying out to the public for funds for treatment but still died on the long run. May their gentle souls rest in perfect peace. 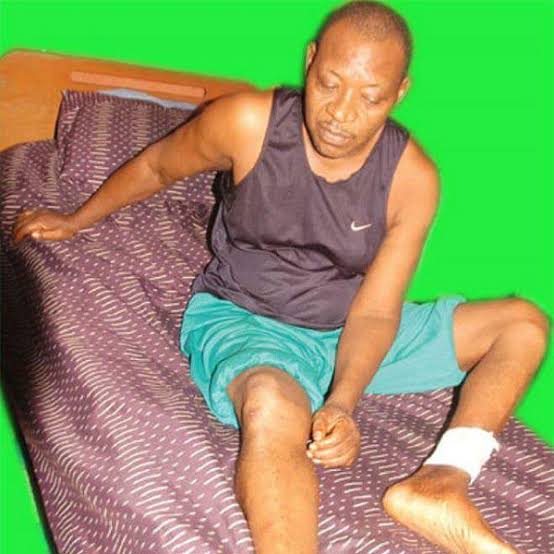 If you have watched these movies, Igodo and lost kingdom, then Nollywood actor, Prince James Uche is no new face to your TV screen as he was a popular figure who played these roles well. He battled with Diabetics, Blindness, BP and Kidney disease for good 8 years. The sickness at that time became a topic of discussion in the industry as the Actors Guide of Nigeria was accused of abandoning Prince Uche, but the former president, President, Ibinabo Fiberesima was quick to come out to debunk the rumors saying that they had done all their best to cater for the actor.

The actor was discharged abruptly from the hospital for failing to pay his bills in January 2017. While help was been sorted for, Actors like Desmond Elliot and his son appealed to the public for fund raising because at that time, the actor needed N15Million for his kidney transplant surgery in India. Be that as it may, some meaningful Nigerians came to the side of the actor but it was too late. He has gone into an unconscious state for the last five days and was taken in an ambulance to go for dialysis when he gave up the ghost at 2: 15pm. His was even schedule to travel to India for the treatment but he never made it. He died at age 55 years.

According to a statement from his colleague, Actress Ejiro Okurame who was running helta sceta for funds for his media bills abroad, she wrote;

” WE THE CAMPAIGN TEAM CHIOMA OKOYE RITA EDOCHIE EMEKA OJUKWU (TORINO) EJIRO OKURAME. (SAVEPRINCEJAMESUCHECAMPAIGNTEAM). We regret to be the bearers of this sad news, but our COLLEAGUE, father, husband [PRINCE JAMES UCHE) passed on [Wednesday] from complications following Diabetes Blindness, BP, kidney. He has been experiencing fever, strange blood infection, and strange blisters on his legs for the past three days after he secured his Visa before he passed on today Wednesday March 8th in the Ambulance on his way for Dialysis at 2: 15pm. . He was meant to travel this Saturday March 11th to India for his surgery. . . We sincerely want to thank everyone who donated to save this great man. . . we shall keep you all posted. . . ‘ ‘ , Actress Ejiro Okurame wrote. . .

He also solicited for funds from Nigerians and he got suport from a popular cleric who gave him N1million to solve his hospital treatment bills. But after all said and done, he still passed away in October 2016. 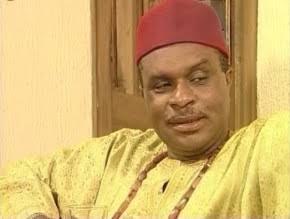 Popular Nollywood actor also kicked the bucket in April 2011 after he battled with liver complications for weeks before he died. It was reported that Nollywood stars deserted him during these times his health status was bad because it was rumored that lots of his colleagues were indebted to him financially.

Be that as it may, the family still went ahead to solicit for funds for the actor but all pleas fell on deaf ears and the actor died eventually. 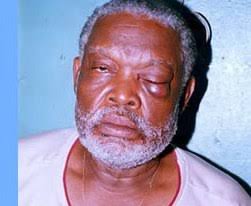 In 2011 when Nollywood actor, Enebeli fell ill, Segun Arinze went on to drum for financial support for the treatment of the actor who was battling with stroke. It didn’ t take long for the Delta state government to respond and fly him to India for treatment but it was already past time and he died.

After he died, popular Nollywood actress, Stella Damasus Criticized the way his health issue was handled by his colleague, accusing them of using social media to publicize their help. Before his death he featured in movies like Royal War, Bent Arrows, Against my Blood, A Prize to Pay, City of Kings, Last Dance, Abuja Connection and so on and he acted alongside other talented stars like Clem Ohameze, Alex Usifo, Kanayo O Kanayo, just to mention a few. He died at age 65 on the 5th of December 2012.